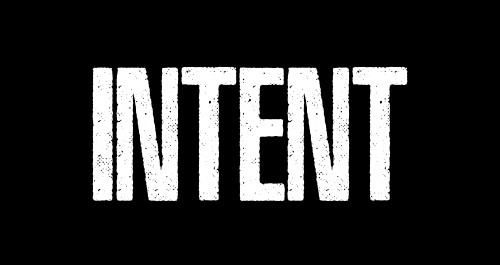 Long time readers of the site know that I’m a fan of the sledgehammer, both for power development and conditioning. World champion fighters were swinging sledgehammers before any of us were born (ex. Jack Dempsey), and they continue to do so today. As a result, it’s no surprise that I’ve demonstrated sledgehammer swings many times. As a professional boxing coach, it’s an exercise that I strongly believe in. Yet, whenever I demo the sledge, my inbox fills with questions about the ideal weight of the hammer. And while I welcome all questions, size shouldn’t be the primary concern. The intent behind each swing is more important.

Well, we have 6, 8, 10, 12, 16, and 20 pound hammers, along with heavier tornado balls, all for swinging. Each size and weight are useful. Sometimes we go lighter for higher reps and longer rounds. Sometimes we go heavier to build strength. Each size can be challenging if you swing the sledge hard enough, long enough, and/or fast enough.

Below you’ll see a short clip of me swinging the 20 pound sledge. Each swing is a max effort where I’m attempting to crush the hammer through the target.

Next, you’ll see an older video of me performing 1-minute intervals with an 8 pound hammer. Notice that the pace is faster, but my intent remains the same. Each swing is a max effort. Therefore, the lighter hammer isn’t easier than the heavier hammer. It’s different.

And if you question that logic, consider the following. Most boxers hit the bag with gloves that range from 10 to 16 ounces. Do boxers outgrow their gloves to the point that they need 5 pounders? Of course not. Weight isn’t everything. The best conditioned athlete in the world can be humbled with a pair of 10 ounce boxing gloves, just as he or she can be humbled by any size sledgehammer.

It all boils down to intent. 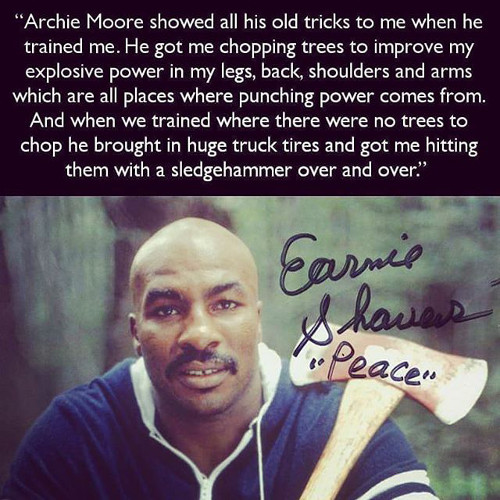 Whenever discussing the sledgehammer, I like to share the words above from the legendary power puncher Earnie Shavers. Shavers is undoubtedly one of the hardest punchers in the history of boxing and was a huge advocate of chopping wood and swinging a sledge.

It’s always useful to listen and learn from those who walked the walk.

For starters, I’m not suggesting that you need to purchase multiple sledgehammers. On the contrary, I’m highlighting the fact that any size can work. Thus, while I enjoy having multiple hammers, you certainly don’t need to rush out to purchase every hammer you can find. Instead, make the most of whatever you have access to.

As far as workout options, the sledgehammer typically makes up a small part of the session, 2 or 3 times per week. For example, a fighter might perform a few 1-minute intervals at the conclusion of a boxing workout (using a lighter hammer). At other times, we might focus more on power where a few sets of 10 to 15 swings per side are performed (using a heavier hammer). The sledgehammer can also be used as part of a conditioning circuit (see this recent example).

Ultimately, there are many options on how and when to include the sledgehammer. The specifics don’t need to be complicated. Just be sure to swing the sledgehammer hard whenever it is used.

In summary, the sledgehammer is a relatively inexpensive tool that has rightfully stood the test of time. Sledgehammers can be found locally at most hardware stores or online at sites such as Amazon (see here

). Swinging the sledge with maximal intent will build a unique type of power and endurance. Unlike many conventional exercises, the sledge allows you to power all the way through the movement without deceleration. That alone makes the sledgehammer a tremendous tool, particularly for those involved in combat sports.

“Example is the school of mankind, and they will learn at no other.” – Edmund Burke