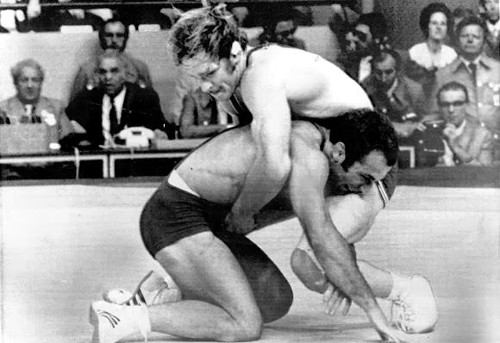 Earlier this week, I shared videos of two old school legends to highlight the potential of low-tech training. It’s one thing for me to tell you what can be done in a rudimentary environment, but it’s even more useful to share examples from legends of the past. The first video featured 1972 Olympic gold medalist Dan Gable. The latter featured the legendary Masahiko Kimura and 1964 Olympic silver medalist Doug Rogers. And while I’ve shared both clips before, several people have asked where the clips came from and if there were longer versions. With that in mind, I will use this entry to post a few links for your convenience.

If you aren’t familiar with former wrestler Dan Gable, I highly recommend learning more about him. Dan Gable didn’t just win a gold medal in the Olympics. He was also a dominant wrestling coach at the University of Iowa. He led teams to 15 NCAA titles and 21 straight Big Ten titles. In other words, Dan Gable knows a few things about training and athletic development. When he speaks, it is a good idea to listen. 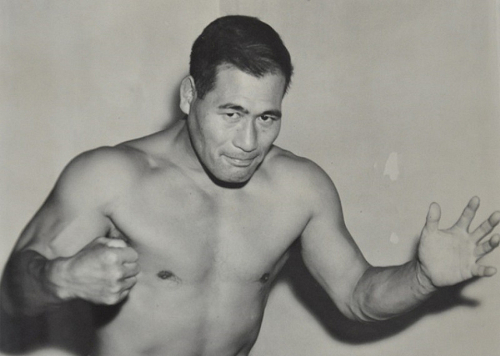 Masahiko Kimura is widely recognized as one of the greatest judo practitioners of all time. His training under the tutelage of Tatsukuma Ushijima would put most athletes to shame. Intense is an understatement. Thus, it shouldn’t come as a surprise that as an instructor, Kimura pushed his athletes with the same intensity. In the footage below, you’ll hear from one of his student (Doug Rogers). Rogers went on to win a silver medal in the 1964 Olympics, and captured gold at the Pan American Games in 1965 and 1967.

Throughout this blog’s history, I’ve encouraged readers to simplify their training. I’ve shared numerous examples of my own approach, but it’s always useful to listen and learn from others as well. Dan Gable and Masahiko Kimura signify two of the greatest examples you’ll ever find. As both demonstrated repeatedly, the work itself is not easy, but the approach one follows can be simple. There are no secrets or magic formulas. And that’s an important lesson to learn, particularly as we all wait out COVID-19. Gyms around the world may be closed but that doesn’t mean you cannot continue to train effectively.

Hard work and discipline are freely available to all. You don’t need a credit card or Paypal account. It doesn’t matter where you live, where you’re from, or what you’ve done in the past. Anyone can commit themselves to the grind. It may sound cliché, but it all boils down to how bad you want it. Only you can decide.

“My valleys are higher than most people’s peaks. I stay at that level.” – Dan Gable