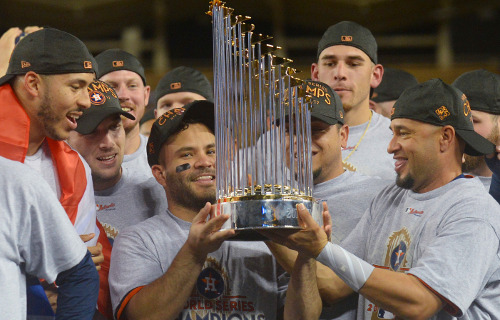 I recently shared a brief video to Instagram about the humble beginnings of one of the best baseball players in the world (José Altuve). Following that post, I had several people ask where the video originated and whether there was additional footage. Fortunately, there is a full documentary that you can watch below. And in case you’re wondering, Altuve’s story is worth watching whether you’re a baseball fan or not.

José Altuve is the perfect example of an individual who continually defied the odds on his road to greatness. Anyone who’s ever been told that they couldn’t achieve something will surely enjoy witnessing his rise to the top. Plenty of experts wrote him off as a youngster, but he’s now a World Series champion and was recently named the American League’s Most Valuable Player.

And at just 27 years old, he’s really just getting started.

“It’s hard to beat a person who never gives up.” – Babe Ruth