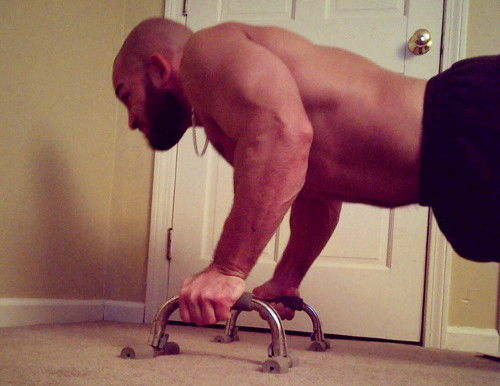 I recently received a Facebook notification from the “On This Day” reminder service about a video that I created two years ago. Upon clicking the link, I was shocked to see that it had already been two years since I shared the footage. Perhaps one of the reasons it seemed more recent is that I still perform all of the exercises seen within the video. A camera crew could stop by any week and catch me performing similar routines. Very little has changed as far as what I do when I’m training. Yet, while my consistency may seem insignificant, I believe there is a valuable lesson to be learned from the example.

For those who might be new to the site, the previously referenced video can be seen below. The footage was filmed in the first half of 2014.

As you can see, I enjoy training outdoors with whatever is around me. I’m a firm believer in the idea that I can train anywhere with anything (including nothing). In other words, I don’t believe that I need any particular tool to keep myself strong and conditioned. Instead, I make the most of my surroundings by pushing myself with whatever is available.

Don’t let my creativity fool you to believable that I’m against any particular tool however. Throughout my 20+ years of training, I have studied and experimented with just about every possible exercise tool and methodology. From free weights to odd objects to calisthenics and everything in between, there is very little that I haven’t done. And contrary to what some might believe, I’ve found that just about everything works. It’s not the tool that matters, but rather the effort that is consistently put forth by the individual.

In layman’s terms, as long as you are willing to consistently work hard, you can and will do well with almost anything. The specifics matter less than the effort and intent that catapults one into action.

Unfortunately, many people in today’s technology-driven world have been misled to believe that they need something new or different. The marketing superpowers constantly drive home the message that there is always a new or better way to get in shape. In the past month alone, I’ve had three companies contact me in hopes that I’d give a stamp of approval to what they’ve described as a revolutionary new exercise product. In each case, I have politely declined, not because I’m against innovation, but rather because I’ve been around long enough to know what really matters.

Speaking as a longtime coach, my attention will always be focused on the intangible qualities that an individual possesses. When I begin working with an athlete, I don’t care what kind of equipment he’s used or what type of programs he’s followed. I want to know what kind of heart, dedication, and effort he is willing to put forth each day. As long as those intangibles are present, we can do well with anything. Conversely, without those qualities, even the most state-of-the-art facility isn’t going to get the job done.

I started this entry by saying that there is a valuable lesson to be learned. In a nutshell, I’ll sum it up by saying that you don’t need anything fancy to get stronger and more conditioned than most. You can do extremely well by working hard with the basics. I don’t say this to suggest that you can’t eventually advance beyond the basics, but I will remind you that the need to do is often overstated.

I firmly believe that I could continue to train exactly as seen above on a deserted island for several years and reappear in just as good shape as I am today. I wouldn’t need to read anything new or try any different equipment. I could rely solely on my willingness to continually push and challenge myself with whatever is around me.

Unfortunately, I can’t sell those intangibles through a magic potion or instant download. They must come from within. And that’s a message that more people need to hear. So many people waste time and money trying to find the latest or greatest supplement or product without realizing that they’re really missing something within. You can’t find effort and dedication at Walmart or Amazon. Instead, you need to search within and extract these qualities on your own. That’s what will ultimately drive you towards success (regardless of your goals).

I typically ignore my Facebook reminders, but I’m glad that I took a moment to read through them last week. I’m still amazed at how fast the last two years have flown by. What I’m not surprised by though is that the same exercises that worked for me two years ago continue to work for me now.

Thus, while I certainly can include variety over time, I also know that I never need to make any drastic changes. There is no secret as far as what it takes to improve physically. All that you need to do is continually bust your ass without straying too far from the proven path.

No one outgrows the basics and the fundamentals will never expire.