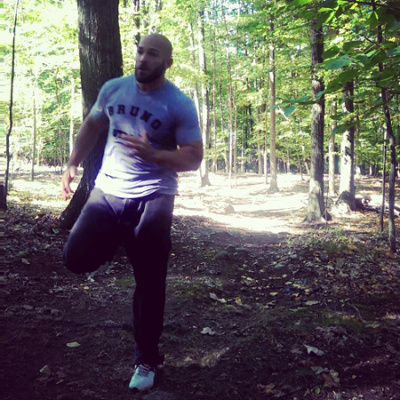 I’m back up and running after my 2007 Vista operating system crashed last week. I had to bite the bullet and purchase a new desktop. I’m now transitioning from Vista to Windows 10. I’m also simultaneously trying to figure out a new phone. When I purchased the desktop, I found out that I was eligible for a free upgrade. Therefore, I’ve laid to rest two dinosaurs in less than a week. Technology sure has come a long way. What was state of the art a few years ago is ancient today. Yet, while technology continues to grow exponentially, I’m happy to say that the human body isn’t evolving nearly as fast.

If you’re on Facebook, you are probably familiar with their ‘On This Day’ reminder service. The reminder is typically of a picture that you shared the same day from a previous year. Last week, I was reminded of a hill sprint path that I cleared two years before (see here). A few days later, I received a second reminder about how I added another 20 yards to the path.

Seeing those pictures brought back memories. Not just memories of clearing the path, but also memories as a child. As I’ve said before, my introduction to hill sprints came as a young fan of Walter Payton. I grew up watching him dominate the National Football League. Walter Payton ran hills, so I wanted to run hills.

In fact, on the day that I decided to clear the path, I started by watching the video below. I’ve shared it a few times on this blog before, and I can’t promise that I won’t share it again. It’s one of those timeless clips that always inspires me to work harder.

Although it’s been over 15 years since Walter Payton passed, I still think of him when I’m out on the hills. I remind myself of his tenacity and relentless work ethic. It may sound crazy, but when I was younger, I used to pretend that he was watching me run hills. My goal was for Walter Payton to nod his head in approval. I always gave the hills everything I had. I wasn’t finished until the hill finished me. That’s how Walter Payton ran hills, so that’s how I’ve always run them as well. 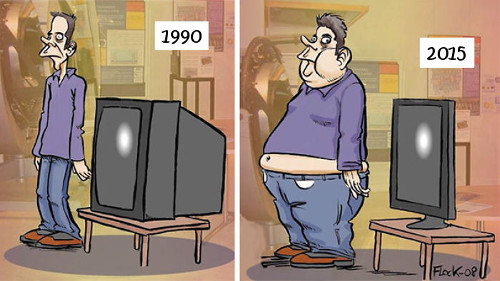 By now, you are probably wondering what Walter Payton and hill sprints have in common with my computer and phone upgrade. The short answer is nothing. And that’s a beautiful thing worth mentioning, particularly to the younger generation.

It is nice to have something that will never be outdated. I’ll never be forced to download an update. The hill works as is and it always will. Hill sprints challenged Walter Payton and they continue to challenge me. No one will ever be too good for the hill. It will never expire.

Meanwhile, much of the world has become accustomed to faster and better everything. Society has come to expect and demand regular updates. Consequently, it’s only a matter of time before today’s cars, phones, computers, and televisions are outdated and obsolete. Therefore, it’s no surprise that so many people assume that whatever was worthwhile in previous eras is no longer relevant today.

That assumption could not be further from the truth. Don’t be foolish enough to compare technology with the human body. The former will continue to evolve at a much faster pace than the latter. Just because you need to upgrade your technology doesn’t mean you should rush to upgrade your training.

Far too many athletes hop from one exercise program to the next long before they’ve had time to ever reap any meaningful benefits. And I strongly believe that the constant rush to change originates from our technological era. Young athletes have grown up in a world that is changing at the speed of light. It’s almost hard to blame these kids for assuming that they must constantly change.

In summary, don’t let the rapid rate of technological change fool you to believe that your training is no longer relevant or useful. As I’ve said before, we aren’t the first generation to figure out how to challenge and strengthen the body. When it comes to exercise and training, new rarely equals better.

Exercises such as hill sprints haven’t stood the test of time without good reason. If they didn’t work, someone would have figured it out a long time ago. You can’t just run the hills for a week and assume you’re done however. Hard work must be coupled with consistency. In other words, you need to stick with an exercise long enough for it to produce results. Constantly jumping from one exercise to the next is perhaps the fastest way to go nowhere.

Once you find what works, don’t be so quick to discard it. True gems like hill sprints will always produce results. I’ve run hills for over 20 years and credit much of my endurance to the exercise. There is no doubt that I wouldn’t be the same without them.

“It’s okay to lose, to die, but don’t die without trying, without giving it your best.” – Walter Payton