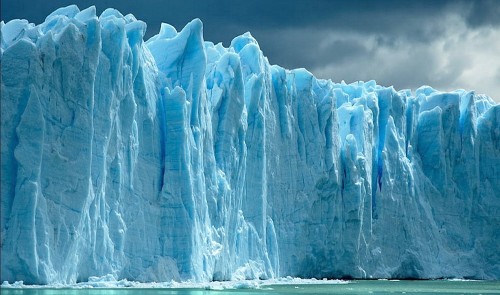 If you have followed my blog recently, you’ve likely seen me discuss training around a busy schedule. I first shared several tips and then emphasized the importance of doing something instead of nothing. It appears that there is still one group that I’ve overlooked however. I don’t mean to beat a dead horse, but I recently received a lengthy email from an individual who has a busy schedule and very precise (powerlifting) goals. His goals aren’t the type that can be effectively targeted through brief workouts. As a result, he shared his frustration about his inability to do anything. Fortunately though, after some back and forth dialog, he’s had a change of heart and agreed to let me share his story. Hopefully others can benefit from the example.

For the purpose of this entry, I will refer to the individual as Joe. Joe and I have communicated back and forth since last week. He has a competitive powerlifting background, but recently started his own consulting business after working several years in the financial industry. He’s also a father of two young children.

Joe has gained approximately 30 pounds since his youngest son was born last year. As much as he’d like to lift, he can’t set aside enough time for the gym. Between the 15 minute commute each way, his traditionally long workouts, and the time spent changing and showering afterward, it isn’t feasible with his schedule. He also does not have the space or equipment to lift at home. As a result, Joe has opted to do nothing.

When Joe wrote me, he emphatically stated that powerlifting was his first love and his love for heavy barbells remains as true as ever. It’s been a few years since he last competed, and he isn’t sure if he will again. His consulting business has grown rapidly and he doesn’t anticipate that changing. He hopes to continue growing his business, but would also like to maintain some of the strength that took so many years to develop.

Joe’s story struck a chord with me because I can relate to it. I spent the first half of my life as a competitive athlete. Unfortunately, I was sidelined by hand injuries as a young boxer. I never planned to start a business and become a trainer. My first love was boxing but injuries forced me to rethink my future. At the time, it was difficult for me to find motivation to train. I couldn’t do what I wanted to do (boxing) so everything else seemed like a waste of time. Joe’s situation is similar in that he can’t train or compete in the sport that he loves.

What I told Joe is similar to what one of my early trainers told me when I was down in the dumps after my final injury. I had somewhat fallen off the map so my trainer came looking for me. He eventually knocked on my door and I’m forever grateful that he did. When I opened the door, he wasn’t shy about blasting me for feeling sorry about myself. He told me that life would never be perfect. He continued to tell me that just because I can’t do what I want isn’t a valid reason to do nothing.

This all happened while we were standing on the fronts steps outside my apartment. I didn’t even have a chance to welcome him inside. His lecture began as soon as I opened the door. He never came in. And when I thought he was finally done, he finished with a verbal knockout. It came while he was staring at my old Jeep that was parked across the street. It leaked oil and had a few dents, but was always reliable. He jokingly commented that my ride had seen better days. He then began to walk down the steps and turned to ask me one last question. “Wouldn’t you love to drive a new Ferrari?” I didn’t know if it was a trick question, but I answered yes. He nodded his head in agreement and said, “Yeah, you and everybody else.” He turned around and walked away.

I can remember sitting on the front steps wondering what the hell he was talking about. I was half pissed that he was talking in riddles, but then it hit me. Just because I don’t have exactly what I want doesn’t mean I shouldn’t use what I already have. My old Jeep may have leaked some oil, but it always got me where I needed to go. I didn’t need a Ferrari to drive, just as I didn’t need to be a boxer to take care of myself. Life goes on and there will always be other opportunities to pursue. Things could always be worse.

Something Still Beats Nothing

When I shared this story with Joe, I reminded him that I’m now a father as well. I am much older and wiser than I was as a young boxer. As a fellow father, I believe that our kids need a role model and that they shouldn’t have to look outside the home to find one. As a parent, what we do (or don’t do) isn’t just about us. It affects our children. It is our job to set an example that they can eventually follow.

Joe might not be able to powerlift at this time, but he can still take care of his body. For example, I asked him to consider the following. Would he be better off doing pushups at home for six months or sitting on the couch doing nothing? Pushups might not be specific to powerlifting, but they’ll certainly leave him in a better position if or when he has time to pursue his lifting again in the future.

As much as I enjoy motivational quotes, there are often harsh realities and responsibilities in each of our lives that cannot be overlooked. I hope that Joe’s business continues to grow and that he can eventually find time to lift again. Whether that happens or not doesn’t change the fact that he shouldn’t throw his health away because he can’t do exactly what he wants. Life often requires that we make choices and sacrifices that aren’t at the top of our list.

Life isn’t supposed to be easy. We don’t always get what we want. That doesn’t mean we shouldn’t make the most of what we have. As I’ve said before, doing what you can certainly beats the alternative. It’s easy to take your health for granted, but that will change when it is gone. Just because you can’t perform the perfect workout doesn’t mean you can’t take care of yourself.

In summary, regardless of your schedule and goals, there is always an opportunity to do something instead of nothing. If you have time to read the Internet, you sure as hell have time for a few sets of pushups. Making that decision becomes much easier when you prioritize your health and well-being. My advice is to do it while you still can. Your future self will thank you.

“A man would do nothing if he waited until he could do it so well that no one could find fault.” – John Henry Newman