It has been a few days since the video below went viral. In case you missed it, you’ll see a 50 year old homeless man who exercises on the street and competes as an amateur bodybuilder. He trains primarily with resistance bands and a variety of bodyweight exercises.

When I first saw the video, I knew there would be mixed reactions. Some people would be inspired by the man’s ability to exercise without a gym, while others would question his place in life. What I didn’t expect to see were so many insults directed towards a man who is homeless. I’ve seen this man called everything from a bum to a steroid abusing piece of crap.

When I read these comments, I can’t help but wonder if a homeless poet or artist would elicit such strong reactions. Call it a hunch, but I’m guessing that the haters would have skipped over the story and instead found someone else to bash. For some reason, strong reactions are the norm when discussing a man or woman who exercises. Maybe the haters are jealous that a homeless man has developed an admirable physique. Perhaps they’d rather see him drinking alcohol on the corner rather than buying supplements and exercising. I honestly don’t know. Regardless of the reasons, I’ll never understand why certain people waste so much energy arguing about a man whose life is different from their own. 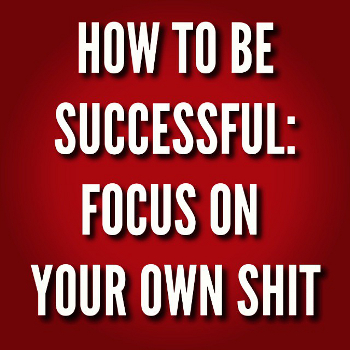 I make these comments not to suggest that you should be inspired by Jacques Sayagh. I hardly know anything about the man. I don’t know his life story and I’m not here to judge. I do however know some hard working adults who ended up homeless. It wasn’t by choice. Life isn’t always fair or easy. It’s certainly easier to sit behind a keyboard and cast stones without knowing the full story. But once again, what’s the point of criticizing the man? No one benefits.

I actually know a homeless professional boxer. If you’ve ever been to a boxing event in the northeast, you may have seen him. He’s fought on a few of the cards that I’ve worked at in Connecticut. We even shared a dressing room with him a few years ago. He lost that night, but he fought hard and earned the crowd’s respect. He scored a knockdown in the first round against an unbeaten prospect, but eventually lost a decision.

Afterwards, I saw him shaking hands with people in the crowd. I even saw a few kids ask for a picture. He may have lost the fight, but he won over the crowd. No one knew he was homeless, but even if they did, there wouldn’t have been any insults. Most people who insult others online have very little to say when that person is standing in front of them.

In summary, rather than criticize a man like Jacques Sayagh, why not instead use that time to better yourself and others around you. All I take from his story is that it is possible to stay in shape without a fully functional gym. I already knew that to be true, but Jacques certainly provides a unique reminder. As for whether or not he takes steroids, I don’t know and don’t care. Regardless of what he does or doesn’t do, he has clearly developed his physique with minimal equipment. Criticizing other parts of his life won’t benefit anyone, so why bother? How does insulting a man prove to be any more worthwhile than what you have insulted?

Time is limited for us all so don’t waste it stepping on a man or woman who is already down.

“Absorb what is useful, Discard what is not, Add what is uniquely your own.” – Bruce Lee