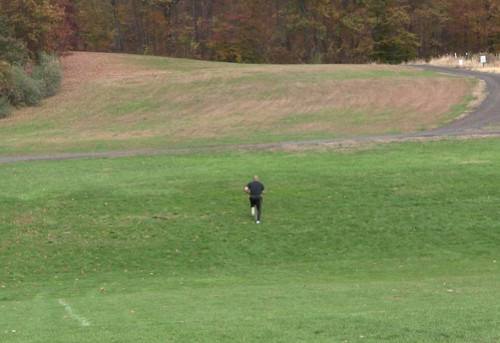 One of the biggest problems with today’s fitness industry is the false assumption that we must constantly reinvent the wheel. Many young trainers have been brainwashed to believe that new ideas are always superior to those that came before. Anything beyond a few years old is considered outdated and archaic.

While such notions are clearly ridiculous and unfounded, I expect this problem to magnify in the years ahead. As the fitness industry continues to shift its attention towards the online market, more and more trainers will find themselves struggling to avoid being lost in the crowd. After all, it is impossible to stand out if you only do what others have done. Right?

Since when did originality become more important than results?

I’m all for improving upon old ideas when possible and occasionally coming up with something new, but I’m also cognizant of the fact that humans have been around for thousands of years. Exercise is not new, nor is human intelligence. Plenty can be learned by studying those who came before us. Trainers are paid to develop athletes. That’s what we do. I am not paid to be original. I am paid for results. Therefore, I will use whatever methods produce the best results.

If you have followed my material for any amount of time, you probably know that I am a big fan of hill sprints and jump rope training. Running hills and skipping rope have long been two of my favorite conditioners. I do not engage in these activities because I invented them. I run hills and jump rope because they work.

Athletes have jumped rope and sprinted hills for longer than we have all been alive. I don’t know who invented these activities and I honestly don’t care. Results are my only concern. 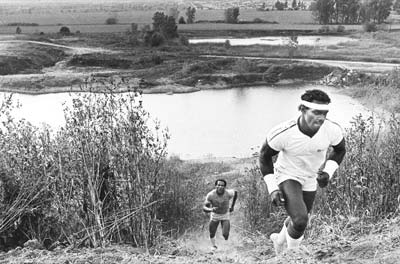 As a kid, I grew up watching Walter Payton dominate the National Football League. He was an absolute beast on the field. I would always imitate him when I played tackle football with my friends. To no surprise, Walter Payton was also known for his hard work off the field. He is one of my early sources of inspiration for hill sprints. Walter Payton ran hills, so I wanted to run hills. 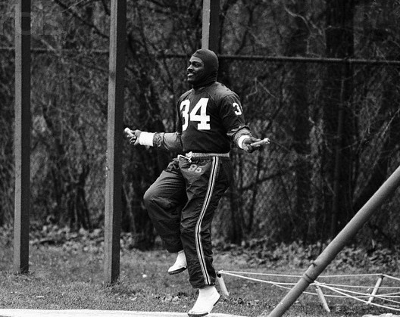 Walter Payton was one of my early inspirations, and I’m sure he had inspirations of his own. We both worked hard with exercises that have been used for centuries. There wasn’t anything original about it. We weren’t worried about originality. We were too busy focusing on results.

In summary, I am not suggesting that there will never be opportunities to improve upon the past. We should always strive to improve. Just don’t be so quick to dismiss ideas from previous generations. As an athlete or trainer, results must be your primary focus. No one cares if your methods are new or old. They will only remember the results that you produced.

“Originality is the art of concealing your sources.” – Benjamin Franklin