I recently read an article from the elitefts.com website that highlighted the lives of several former powerlifters. And while I have no personal interest in powerlifting, I thoroughly enjoyed their journalistic piece. Before I explain my reasoning, you may wish to first read the article at the following link:

Price of the Platform

As you will see throughout, many of these lifters sacrificed their lives for the sport that they loved. They essentially put aside work, health, and personal relationships in pursuit of their passion. Now, several years later, many of these lifters continue to pay the price. Several suffer from past injuries and are addicted to pain medications. Their quality of life has forever been changed based on the decisions that they made as young lifters. 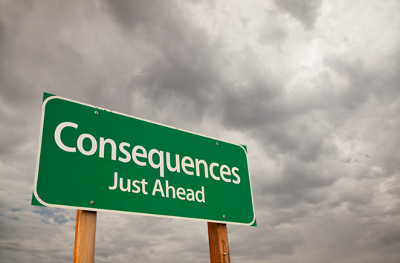 Was it worth it?

After reading such an article, it is human nature to ponder whether such sacrifices were worthwhile in the end. In fact, after sharing the elitefts story on Facebook, I had several readers ask me that exact question. Many young athletes wanted to know how much they should sacrifice. How much is too much? I heard from football players, boxers, mixed martial artists, lifters, and more.

Unfortunately, I did not have a worthwhile response for any of them. It is not my place to decide how much an athlete should give to his sport. Each individual must be comfortable with the sacrifices that he makes in pursuit of his goals. You need to decide for yourself, and there is no right or wrong answer. The correct answer for you is one that you are comfortable making once you understand the risks that accompany such a decision.

Speaking as a boxing coach, I enjoyed the powerlifting article primarily because the journalists did not hold anything back. There was no sugarcoating of facts. They laid out what the lifters did and the price that they have paid as a result of their actions. The reader is then encouraged to make his own decisions. Once again, you need to decide for yourself, but let’s not pretend that real risks do not exist.

Instead, we need to let more athletes know exactly what they are up against. I am no powerlifter, but I do train fighters for a living. When speaking with fighters, I am as honest as they come when discussing the risks faced in our sport. More fighters need to be aware of the risks. Stepping inside the ring or cage is dangerous. Whether you realize it or not, you put your life on the line each time that you fight.

I tell everyone that it is not healthy to be punched in the face and that every serious fighter will eventually be injured. When you are cutting weight, your life will be miserable. There is nothing fun about it. You will be forced to make sacrifices that close friends and family do not understand. That’s reality. You are going to get hurt. You are going to suffer. You will experience fear and anxiety. It is not all fun and games.

And after all the sacrifices have been made and you have eventually hung up the gloves, there is a good chance that you will have earned little or nothing in the sport that you loved. I do not have specific figures, but there is no doubt that less than 1 percent of fighters make more than 99 percent of the money. I have close friends who were accomplished professional fighters who struggled to put food on the table even during the prime of their career.

Yet despite the struggles faced both during and after their fighting careers, many of these individuals would not have it any other way. I say this not to suggest that the pain and struggles are not real, but once again to remind you that you must decide for yourself. It is not my place (or anyone’s) to tell you what you should do with your life. If you are passionate about something, by all means pursue that passion. I simply encourage you to understand the risks that accompany such passion.

Training to compete and training for general health are essentially polar opposites. It is important that we do not confuse the two. General health and fitness does not require an elite effort. It always amazes me how many modern fitness programs encourage their members to sacrifice their health in pursuit of what is supposed to be a healthier life.

If you are training to compete in a high level sport, there’s a good chance that what you are doing is not healthy. It is not supposed to be. You train to become better at your sport. That is the goal. When I train a fighter, I am there to look out for him, but I am also there to help him knock his opponent unconscious. That is what we are hoping to accomplish. Everything else is secondary.

And while such words may sound harsh to some, I am glad that they do. Experienced athletes and trainers need to be more upfront about the harsh realities of competition. There is nothing wrong with encouraging athletes to work hard towards their dreams, but let’s also have full disclosure in terms of how much you must sacrifice and the price you may pay as a result. Pretending that lifelong injuries do not exist does not benefit anyone. Personally, I would rather scare someone away from the sport than have them blindly participate without understanding the risks.

Not everyone is willing to endure what must be endured to reach the top. That’s okay. I do not think any less of anyone who is not willing to sacrifice everything to become the best that they can. As mentioned previously, there is no right or wrong answer when considering how much you are willing to give up in pursuit of your goals. I simply encourage you to understand the risks and then make an informed decision that you can live with both today and as the years pass.

Whether it is fighting, lifting, or any other intense sport, high level competition isn’t for everyone. Anyone who suggests otherwise either has not been there or is just plain ignorant. Competition is harsh, as is life. Choose wisely.

“You are free to make whatever choice you want but you are not free from the consequences of the choice.”