As an athlete, it is natural to believe that you control your own destiny. We’ve all been told that hard work will allow us to accomplish anything we desire. Hard work is supposed to solve all problems and conquer all obstacles. Unfortunately, the success of an athlete requires more than individual effort. Speaking as a boxing coach, there is only so much that a fighter can do on his own. And while my examples for this entry are related to boxing, the general message is relevant to athletes from all sports. 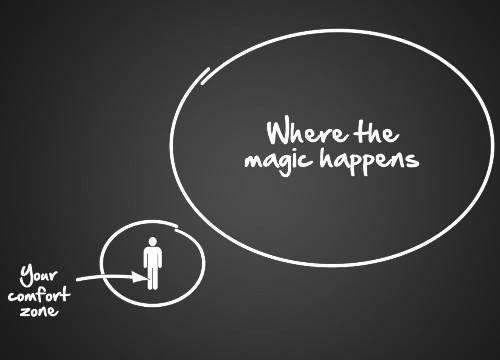 One of the most common questions that I receive from young fighters is how to deal with pre-fight anxiety. The specifics are almost always the same. The athlete does not understand why he fatigues prematurely on fight night after working so hard in the gym. Others share frustration over their inability to pull the trigger. In other words, there were opportunities to land punches but the fighter couldn’t let his hands go. He froze under the bright lights.

These athletes write to me desperately seeking solutions to their problems. Many ask what else they can do in the gym or at home on their own. For example, they ask how to run and what other exercises to perform. Many request sample routines. They want precise details in terms of sets and reps. In their eyes, the solution to the problem is to perform more work than they did in the past.

And while such ambition is commendable, the solution to these problems usually has nothing to do with supplemental exercise. Often times, the best training aid for a fighter is not a new routine or tool, but instead another fighter. Young fighters learn by doing. The best way to become a better boxer is by spending more time boxing. This is particularly true for those boxers who are only accustomed to sparring with coaches or friendly training partners.

When sparring a friend or coach, there is a certain level of comfort that exists regardless of how hard you are working. For instance, it is safe to assume that your coach is not going to intentionally hurt you. While he certainly wants to teach you, he is also there to protect you. As a result, you are able to spar hard without the anxiety that exists on fight night.

Everything changes when you are up against another fighter. Chances are that you don’t know anything about your opponent, other than his intent to win. Consequently, you are entering an environment that you have not experienced in the gym. The comfort that you’ve become familiar with is nowhere to be found. The nerves and anxiety that develop from this uncertainty lead to fatigue.

Running more or exercising harder will not solve the problem. What you need instead is to become more comfortable operating outside of your comfort zone. One example for a boxer is to spar against fighters from other gyms. The best sparring you receive usually comes from someone you hardly know. Neither of you know what to expect in terms of style, temperament, and pace. There is no comfort or familiarity. It is also useful to box against more experienced fighters who will not always take it easy on you. When in against such fighters, you aren’t sure what to expect. There is always the chance that the more experienced fighter will open up and catch you with a big shot.

The best fighters in the world certainly earned their share of bumps and bruises on the way up. If it was easy, everyone would do it.

Powerlifting coach Louie Simmons once shared the following words to emphasize the importance of variety,

“Think about it, if you read only one book, no matter how many times you read it, you will only learn so much.”

The same idea applies to boxing. If you always box the same sparring partners, there is only so much you can learn. The time will come when it is necessary for you to box other fighters with different styles. This means sparring with fighters from other gyms and traveling elsewhere to compete in tournaments where you aren’t always up against the same local athletes.

Unfortunately, not everyone is eager to hear this advice. Whenever I suggest traveling to spar or compete, I am met with resistance. Athletes often tell me that it is inconvenient to spar elsewhere. That’s when I remind them that I did not suggest otherwise. I know firsthand that it is not always convenient to travel. Inconvenience does not change the truth however. There have been many nights when I’ve driven fighters well over an hour each way just to spar. These fighters didn’t need more running. They needed better sparring. We had to travel to find it.

Relevance To Other Sports

Despite the boxing emphasis within this entry, the primary message has relevance far beyond any boxing ring. To become better at a sport, you need to practice the sport. Supplemental exercise is useful, but it should never take precedence over the actual sport. And while such a message may appear obvious, it does not receive nearly as much attention as it should. Most articles that are written about athletic development come from strength and conditioning coaches who are not involved in skill related activities. It’s no surprise that such activities receive secondary attention.

Yet regardless of what is written, improving at exercise does not guarantee that you’ll improve at your sport. Great athletes practice their craft more than anything else. There are elements to almost any sport that cannot be replicated without competing against other skilled athletes. You canâ€™t do everything on your own. Therefore, while exercising harder or better may prove useful, such work will never serve as a replacement for skill.

Unfortunately, I am noting more and more athletes who are highly invested in strength and conditioning , yet perform such work at the expense of their skill development. I urge you to avoid making this mistake. Never allow supplemental exercise to interfere with sport training. It may not always be fun to compete or practice against others who are more talented, but thatâ€™s how you learn. You need to become accustomed to performing in environments where you lack comfort and control.

Once again, if it were easy, everyone would do it.