Like many proud parents, I love to see my kids in action. Words cannot describe how great it feels to see them excel. I have coached several of my son’s athletic teams already and will likely do the same for my daughter when she is old enough. They both love sports so there is no place I’d rather be than next to them assisting with their development. 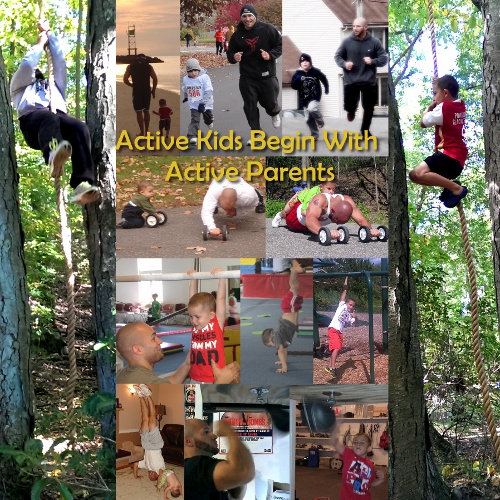 It is not uncommon for us to be in the yard playing or out at one of the local fields. Whether it is baseball, basketball, football, or soccer, there’s a good chance we’ll be practicing at some point. Unfortunately, we are usually the only family on the fields. We rarely need to share. Many parents either aren’t making time or falsely assume that kids develop on their own.

Now before I begin my rant, I don’t claim that my opinion is the universal truth. I’m not a fan of generalizations so I won’t categorize all parents and kids together. I am simply sharing some of the observations that I’ve made as a parent and coach. I’ve been around plenty of kids and communicated with many parents.

I’ve also had plenty of parents make comments to me directly about my son. Just this past weekend, one such parent made a comment to me during my son’s soccer game. It’s a line that I’ve heard many times before. I was walking my dog around the field when my son scored one of his two goals that day. As I cheered his name, a parent looked over and commented,

Before I could respond, he looked away and continued what appeared to be an ongoing conversation. Rather than start what could have been a lengthy discussion, I simply said thank you and continued walking.

Thinking back however, it is unfortunate that many parents assume that a talented child is naturally gifted. I honestly don’t know how much of my son’s ability is natural and how much comes from what has been a lifetime of activity. My kids have never known life without exercise and sport.

Since day one, they’ve been around pro fighters who come here to train. I still remember my son being amazed when he first saw a car in a garage. As a toddler, he thought every garage was a gym. He was puzzled why someone would park a car there. He wanted to know how they would train.

That’s the mentality he’s been around his entire life. Before he could walk, he would lift his head up and watch me exercise next to him. Seven years later he continues to be as eager as ever. I’ve never once told him to play sports or to go out and exercise. It’s just something he wants to do based on what he has witnessed his entire life.

My daughter is following in his footsteps. Not only does she have active parents, she’s also got a big brother to follow. I see similar examples from other kids in town. The kids who advance ahead of their peers are typically the kids whose parents are out on the fields helping. Almost every successful athlete that I’ve seen in town has a parent who volunteers.

It isn’t rocket science. The greatest gift you could ever give a child is time. Undivided attention is worth more than anything. Yet while some parents volunteer, I see others who view practices and games as a break from parenting. They drop the kids off before game time and show up late to pick them up afterward. Others sit in the car the entire time. They are oblivious to what is happening on the field. Forget about paying attention to the game, they don’t even know if their kids are safe.

Unfortunately, the kids of these parents often lose interest in sports. There is no one to cheer them on. They have no one to help, encourage, or play with outside of practice. They are essentially on their own and that’s unfortunate. It’s not a case of winning or losing a game. We are talking about children who aren’t given a fair chance to win at the game of life.

If you want your children to be healthy and active, it is your job to lead by example. Don’t wish your children would be more active. Show them how. Set an example that they can follow. And as I make these statements, please don’t misconstrue the message. I’m not suggesting that we create an army of athletes. I’ve always told my kids that I’ll support whatever they do. If my son wants to play the piano instead of baseball, I’d gladly learn alongside him. I’d simply encourage him to remain physically active by continuing to lead by example.

Whatever they do, I’ll be by their side assisting any way I can. I say this not only for athletics, but also academics. If you want your children to excel (at anything), roll up your sleeves and show them the way.

So many of the problems we face today would disappear if more parents stepped up to the plate and did their jobs. For example, childhood obesity would be all but nonexistent if more parents got up and took their kids outside to play. Most kids enjoy running around and playing outside. That’s how they start. The interest is there, but it is up to the parents to keep the flame burning. Naturally, different kids will migrate towards different interests and activities. Yet regardless of individual differences, all kids can share a love for physical activities and adventures.

Once again though, children tend to imitate their parents. If a parent sits on his ass eats himself into a coma, don’t expect the child to act any differently. Actions speak louder than words. It’s one thing to tell a child what to do, yet entirely different to demonstrate through your own daily actions. Kids will forget what you say, but they’ll always remember what you do (and did).

Lead from the front and show them the way.