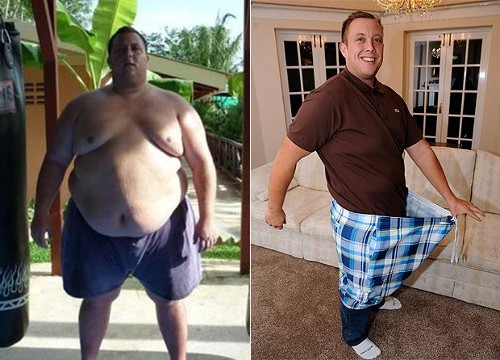 This entry is an update to a previous post from 2012. The original video that I shared was removed from Youtube. As a result, I have added two new videos below. Within each, you will see a man (James Mason) who once weighed over 500 pounds. Doctors told him that he would be dead within 5 years if he didn’t make drastic lifestyle changes.

Fortunately, those changes came when James began training at the Tiger Muay Thai gym in Thailand. After 18 months of training, he has now lost over 300 pounds.

The first video shows him in the early stages.You can then see his drastic weight loss when viewing the follow up below.

You will also notice that James did not need anything fancy to get in shape. Old school, fight conditioning has always been one of the most effective training styles. Success does not depend on the tools that are used, but rather the effort put forth towards whatever you do.

Hard, consistent work with the basics is often more effective than the most elaborate training systems and tools.