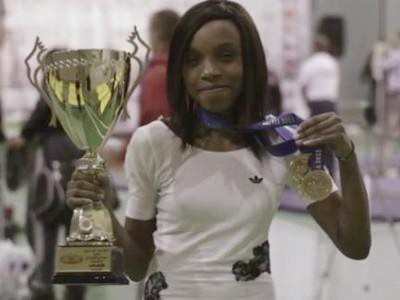 Monique Newton may be small in stature but her heart is bigger than most. At age 19, this powerlifter has won 18 or her 19 competitions. Amongst her wins include a second world championship earned last year in Latvia.

Her road to the top has not been easy however. Long before powerlifting, Monique first overcame life threatening cancer. As a youngster, she was diagnosed with stage four ganglioneuroblastoma and wasn’t expected to live. After the debilitating treatment which included chemotherapy and radiotherapy, she later drifted into a state of clinical depression.

Fortunately, Monique refused to give up and eventually found her true calling.

In her own words,

“I took up powerlifting because I wanted to do something where I would be the underdog and have to push myself to get to the top.”

In the time since, she’s enrolled in college and continues to dominate her weight class. The inspiring video below tells her story…