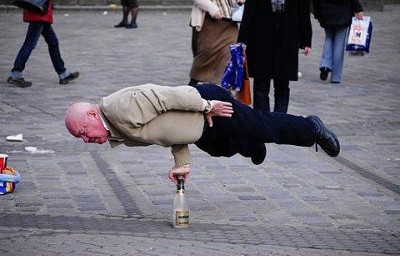 At age 75, Walter Perfahl can perform feats that few at any age will ever replicate. He can be seen below demonstrating some of his moves for a group of onlookers in Germany.

At first glance, you may assume that Walter is a former gymnast or circus performer, but neither is true. He’s actually a former miner. He’s always been physically active however and regularly preaches the importance of fitness while performing his informal shows.

A brief article about Walter can be found at the link below. It is written in German but can be converted through the Google Translator.