I’ve written about training the hands with a rice bucket before, but the video below helps to illustrate some of the specifics.

The rice bucket is also useful for fighters. It is important to have strong, enduring hands. Not only will strong hands be less susceptible to injury, but the added grip endurance allows the fighter to continually clench the fist when striking round after round. A fighter who lacks grip endurance will struggle to clench the fists on impact, particularly when the hands are wrapped with gauze, inside small competition gloves.

The rice bucket is an inexpensive option for hand work.


I fill each bucket with approximately 20 pounds of rice. 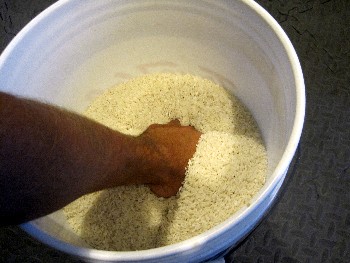 To fill each bucket, I use “extra long grain” rice. The 50 pound bag below cost less than $15. Smaller bags could obviously be purchased for personal use. I buy the 50 pound bags to fill up multiple buckets. 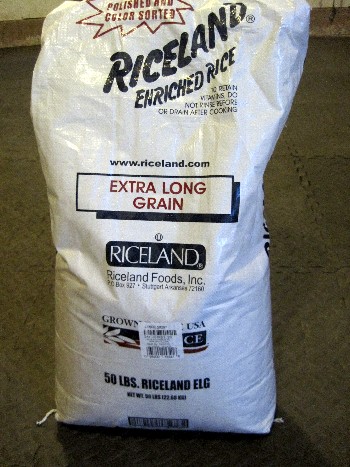 In summary, the rice bucket may seem odd, but it is actually quite useful and can be used almost anywhere. If you are looking for an inexpensive hand training option, a bag of rice may just what you need.