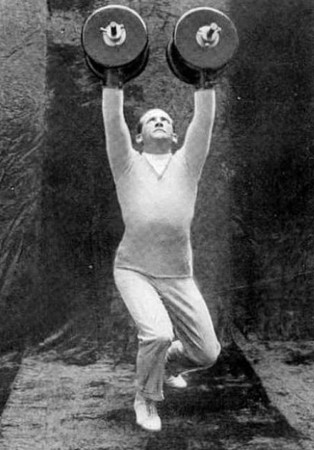 William A. Pullum does not garner nearly as much attention as he should. His name isn’t the first that comes to mind when thinking back to former strength athletes and competitive lifters. Names such as Arthur Saxon, Eugen Sandow, Louis Cyr, George Hackenschmidt, and Hermann Goerner are much more common. Clearly, these individuals were extremely impressive, but Pullum’s story is as inspiring as any. He was not as big as those listed previously, but was among the best ever from a pound for pound standpoint.

Pullum was undefeated as a competitive weightlifter. He remained the undisputed 9-stone weightlifter for 15 years. During this time, he established over 200 records. I could fill an entire page with Pullum’s impressive feats of strength. At 112 pounds, he performed a Two Hands Anyhow lift of 204 pounds. At 126 pounds, he performed a right hand Clean and Bent Press of 177 pounds. He later performed a Two Hands Anyhow lift of 272 pounds. This was all done at a bodyweight of less than 130 pounds. What makes these feats even more impressive however is that Pullum was ill throughout much of his childhood. As a youngster, he overcame pulmonary tuberculosis, meningitis, and peritonitis before he ever touched a free weight.

Thus, here we have an individual who was small in stature and burdened with frequent sickness as a youngster, who then joined a weight lifting club and went on to become one of the greatest pound for pound lifters ever. Yet even his own lifting accomplishments only tell a fraction of the story. William A. Pullum was also an extremely accomplished instructor. His Camberwell Weight Lifting Club was world famous, known for producing countless lifting champions throughout the 20th century.

When an accomplished lifter goes on to produce a long list of champions, it becomes clear that his own success as a lifter wasn’t by accident. Pullum was a hard working student of the game. He was known for his technical mastery of the competitive lifts. His knowledge was then transferred to his students, leading many of them to become future champions.

Considering his success as an athlete and coach, it makes sense to listen to what the man had to say about lifting. For those interested, you can read his two well known books by following the links below. These books are sold elsewhere on the web, but you can read the entire contents freely at the Sandowplus site.

The more detailed of the two books is listed first.

Weight Lifting Made Easy and Interesting 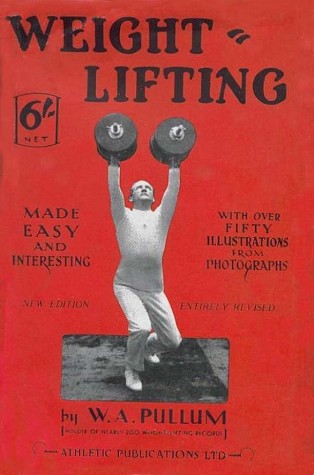 How To Use A Barbell is blurry in spots and lacks the illustrations of the book above, but is still worth a look. Even the blurriest pages can still be read without too much difficulty.

How To Use A Barbell 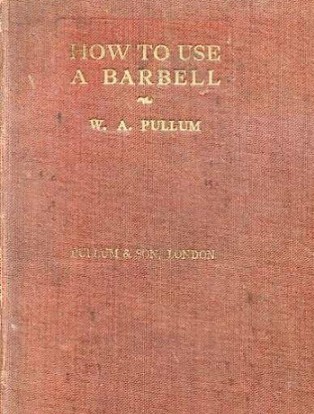