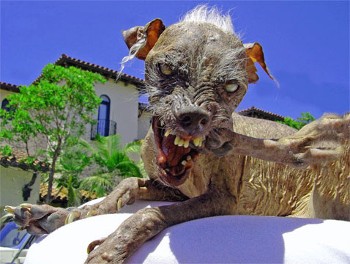 Within my last entry, there were several excellent responses posted to the comments section. Readers from all walks of life explained why they exercise. Most offered several reasons, and many of us shared similar responses. A few common examples included health benefits, performance improvement for a specific sport or physically demanding career, enjoyment of the actual training experience, and the simple joy of living an active lifestyle.

Oddly enough however, very few listed physical appearance as one of their reasons. One reader who did, worded it as such,

I would be lying if I didn’t say vanity was one of them.

The reader had to almost confess to the vanity aspect. At least one other responder worded his desire to look good in a similar fashion.

Such responses leave one with the impression that we are not supposed to exercise to improve appearance and feel better about ourselves. Has the modern functional fitness era caused a shift in purpose? Do people honestly exercise with no consideration for physical appearance? If so, would these people continue to exercise if it made them ugly?

Why should one be forced to conceal the fact the he or she exercises to look and feel better about themselves? What is wrong with doing something that boosts self confidence? Confidence is very important in this world. Ample research suggests a positive relationship between confidence and performance (performance in business, at school, in sport, etc.).

Even competitive athletes often share these same feelings. One common example comes from the combat sporting world. As a young fighter, I wouldn’t feel that I was in top shape until I had a ripped midsection. Whether or not the six pack did anything from a performance standpoint was irrelevant. Once I had the six pack, I believed I was in shape. It may sound crazy, but I know that I’m not the only person who has felt this way. I’ve spoken to many fighters, at all levels, who have shared similar stories. They see their abs come in during training camp, and suddenly feel like a Spartan warrior.

I realize that it sounds ridiculous, and it probably is. That isn’t the point however. The point is that who cares if something is ridiculous if the individual benefits from it in some way. If you feel better about yourself, don’t be ashamed of it. You have the right to feel good about yourself. No one should convince you otherwise. You shouldn’t need to hide the fact that you are proud of the work that you’ve performed and the physical results that have followed.

And to those who adamantly state they physical appearance doesn’t matter, why then do you bother to match your socks and shoes in the morning? Why not grab a blue sock and a yellow sock, along with a white sneaker and a black boot? Why bother matching anything if appearance means nothing? Why bother washing the tomato sauce stain from your dress shirt? Why not leave it, considering that appearance does not matter? Why not cut your hair while wearing a blindfold? Who cares if you miss a few spots? Appearance doesn’t mean anything, right?

What about your house and automobile? Do you care if I spray paint both? Does it really matter, considering that appearance doesn’t mean anything? Who cares about some random graffiti on the hood of your car or perhaps the front door of your home?

Does It Really Matter!

Even many of the modern functional training fanatics have a certain “look” to them. They may blast the bodybuilders for their look, but the functional superheroes often have their own unique look as well. Who the hell said that one is acceptable but the other is not? Who believes they can actually decide how anyone else can or should look?

And as crazy as this all sounds, there are people who deliver such a message, perhaps inadvertently or perhaps not.

My advice is simple. Don’t let anyone decide anything for you. You do you and I’ll do me. After all, aren’t we all busy enough with our own lives? Do we really need to be concerned over what someone else may or may not do? Does it really matter why someone else does what he does?

If your own life isn’t keeping you busy enough, I suggest finding a new hobby. Worrying about what others do isn’t a productive use of time.