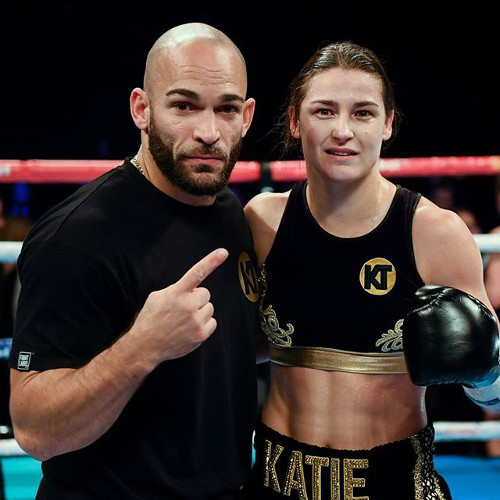 As many of you know, it’s been almost two months since I updated the blog. Fortunately, I’m still alive and well, and have plans to continue updating the site. Over the past few months, I’ve just been extremely busy with the sport of boxing. I recently returned to the U.S. after being overseas for several weeks with former Olympic gold medalist Katie Taylor. I began training her for her professional career in September. She made her pro debut in November and then fought again just two weeks later. After two exciting victories, she’ll be back in action in early 2017.

Unfortunately, while overseas, I didn’t have the best internet connection. I also did not have a lot of free time for the website. Now that I’m back home, I’ll get back to updating the blog on a more regular basis. I’ll also be sure to respond to any emails that came in during that time.

Although I wasn’t updating the blog, I did post several updates to social media (ex. Facebook, Twitter, and Instagram). Thus, I was able to meet several readers of the site in both Ireland and England. It was great to spend time talking with fans of the site from the other side of the world. Thanks to everyone who approached me and introduced themselves. It is an honor and a privilege that I don’t take lightly.

In summary, I apologize for the recent inactivity. Thanks to everyone however who has passed along their support and kind words via email and social media. If you aren’t familiar with Katie Taylor, get used to hearing her name. She is a tremendous athlete who works as hard as anyone I’ve ever seen. It’s only a matter of time before she becomes a professional world champion.

“The fight is won or lost far away from witnesses – behind the lines, in the gym, and out there on the road, long before I dance under those lights.” – Muhammad Ali