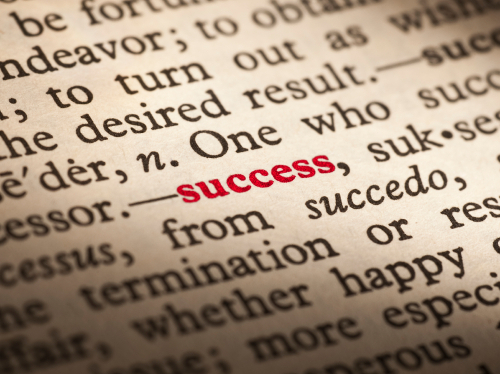 In my last entry, I emphasized the importance of holding yourself to a higher standard. As an athlete, that means giving 100 percent whenever you practice or train. It’s not enough to work hard while competing. You must work just as hard at preparing. Or as an old coach of mine used to say, you can’t half-ass your way to the top. Instead, you must practice and train just as hard as you play.

Getting your athletes to give 100 percent is imperative to building a winning culture. Few will argue against such an approach. It’s only logical that athletes should be fully dedicated to practicing and improving. Unfortunately, success often has a funny way of skewing logic.

Regardless of the sport, there is no greater feeling as an athlete than to win. A victory is a reward for all of the hard work that you’ve performed. Yet, while each victory deserves to be cherished, winning should never be taken for granted. No matter how much talent you have, you must respect yourself and your opponent by always giving 100 percent.

Therefore, you should never allow past success to cloud your future judgement. The fact that you’ve won before isn’t a reason to take your foot off the gas. It is essential that you remain 100 percent focused and committed. In other words, you don’t just work hard to become successful. You must continue to work as hard (or harder) to remain successful.

Climbing to the top of the ladder shouldn’t be viewed as an end point. Once you’ve reached the top, you’ve simply become a bigger target. Now everyone is gunning for you. You can’t just show up to a competition and assume that you’ll win. No one is ever too good to lose. There’s always another athlete who is willing and ready to take your place.

As a coach, I’m obviously writing this entry for athletes, but the message itself extends beyond any sporting field. Success can be deceptive to anyone. As a business owner, I’ve seen many entrepreneurs fail shortly after experiencing their first taste of success. Similar to the overconfident athlete, these individuals forget how hard they had to work when they first started. They begin to assume (falsely) that success will follow them wherever they go. Unfortunately, it doesn’t work that way.

Whether you are an athlete or a business owner, you must always recognize and respect your competitors. As I’ve said before, business and sports share plenty in common. Fierce competition is one example. We live in an extremely competitive world that is constantly evolving. Failure to keep pace with those changes is a recipe for disaster.

You can’t rely on the work that you’ve done before to succeed in the future. Past work is past tense. If you wish to continually succeed, your work ethic must not waver. It must remain constant or continue to grow.

I often remind my athletes that no one cares what they’ve done before. You don’t get extra points because of something you’ve done in the past. Competition always takes place in the present. Your opponent isn’t competing against the athlete that you once were. He will compete against the athlete that you are on that given night. And who you are depends on how you’ve prepared.

Thus, you must show up each day willing and ready to perform at your best. If you aren’t willing to make that sacrifice, you are preparing yourself to fail. It’s only a matter of time before someone comes along and knocks you off your high horse. Success is not easily earned and is even more difficult to maintain. Never take success for granted and never forget the work that came before. Not only was it required to first succeed, it’s also required to continually succeed.

“Success is a lousy teacher. It seduces smart people into thinking they can’t lose.” – Bill Gates