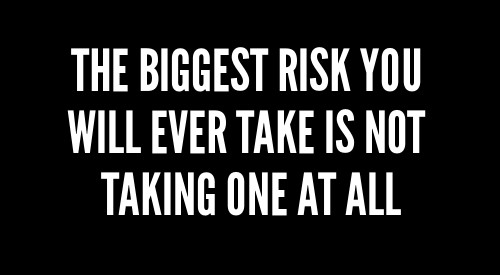 A few weeks ago, I shared a video where I discussed dedication and sacrifice as an athlete. Within that discussion, I focused on the lifestyle that an athlete must live if he wishes to maximize his ability. Naturally, there’s more to success than making the right decisions outside the gym however. It’s what you do while practicing and competing that matter the most. If you aren’t willing to obsess yourself with greatness, you’ll always be limited. Don’t just take my word for it though. In the two-part video series below, you’ll hear similar thoughts from a Rock and Roll legend and a future NBA Hall of Famer.

Wisdom from Steve Nash and Flea

I always encourage my athletes to study the habits of others who have already succeeded. It is not unusual for me to communicate with my guys throughout the day. If I’m not checking up on them, I am usually passing along something to read or watch. Whether it’s a story of another athlete, a musician, or a business owner, plenty can be learned by studying those who have surpassed their peers. As evident below, successful people often share similar character traits despite pursuing entirely different goals.

Within the videos that follow, you’ll hear a discussion between Michael Peter Balzary (Flea) and Steve Nash. Flea is a legendary bassist who co-founded the Red Hot Chili Peppers. He was inducted into the Rock and Roll Hall of Fame in 2012. Steve Nash was an eight-time NBA All-Star and two-time Most Valuable Player recipient.

Both men are known for their relentless work ethic and dedication to mastery.

Although there are several nuggets of wisdom dropped throughout the discussion, the one line that stuck out to me the most is that below.

“It’s not always fun, but if you want to be good at something, you have to do it when it’s not fun.”

The significance of this line cannot be overstated. As I mentioned recently, getting ahead in any pursuit involves more than simply working hard when you are in the mood. Those who have truly excelled are often the rare individuals who continue to grind at those times when it isn’t fun.

It was nice to hear Flea share his experience of performing throughout periods of exhaustion. He didn’t let how he felt dictate what he was going to do. Ironically, much of Steve Nash’s basketball career was quite similar. He played through countless injuries over many years. It certainly wasn’t all fun and games.

Some might suggest that pushing through exhaustion and injury is unhealthy and excessive. I actually agree. I am not suggesting otherwise. I’m also not suggesting that there’s any guarantees of anything. That’s not the purpose of this entry.

Instead, I am simply sharing something that I recently shared with one of my own athletes. As I told him, you don’t need to copy Steve Nash or Flea to get ahead. You can benefit from hearing them share their insights into what it took to succeed however.

I don’t think I’ve ever studied a successful person without learning something along the way. I won’t necessarily copy what they’ve done, but I’ll certainly process it for consideration. Simply thinking about what it took for someone else to succeed will often get you thinking about what you must do to get ahead as well.

As much as I believe in hard work and dedication, I’m also a firm believer in learning from others. Almost anyone who has ever accomplished anything significant has an experience to share that is worth learning from.

As I tell my athletes, try to learn something from everyone you can. And that often means studying individuals who have pursued entirely different goals. For example, you might be an athlete, but that doesn’t mean you can’t benefit from Flea’s wisdom as a musician. Those who succeed often rely on similar attributes. The relentless work ethic and obsession for greatness is easily recognized.

In summary, even if you aren’t willing to make the same sacrifices as Flea or Steve Nash, at least recognize what was necessary for them to succeed. You don’t need to follow the same path, but you can understand and appreciate it. Not everyone is willing to give up so much to chase a dream. I’m not suggesting that you should or you shouldn’t. That’s a choice that we all must make on our own.

“I don’t care what other people say. I fight every day to be the best player I can.” – Steve Nash