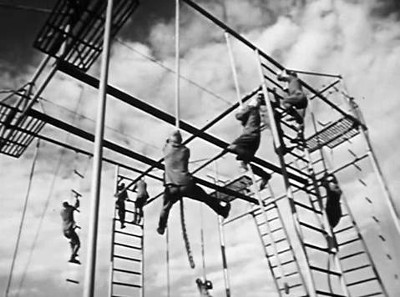 One of my problems with the fitness industry is the assumption that new ideas are automatically better than those that came before. I couldn’t tell you how many times I’ve seen prominent trainers criticize what they describe as the old school approach. To no surprise, such criticisms are often nothing but blanket statements that lack even the slightest hint of critical thinking. With that said, let me remind you that hard work isn’t new, nor is physical strength. Man has exercised for centuries and we aren’t the first generation to get it right. If you don’t believe me, look no further than a group of Russian paratroopers from the 1970s…

Perhaps I’m partial since I was born in the 70s, but I’m not surprised by the strength and athleticism displayed by these soldiers. What might be surprising however is that much of what’s featured in the video is popular in today’s world of fitness.

, climbed ropes, performed calisthenics, and ran obstacle courses. They also worked on gymnastics, self defense, and tumbling. In today’s world, you’d pay a hefty membership to train at a gym that offered so many options. And if you did find such a gym, you’d be hard pressed to find a single trainer who was proficient in so many areas. 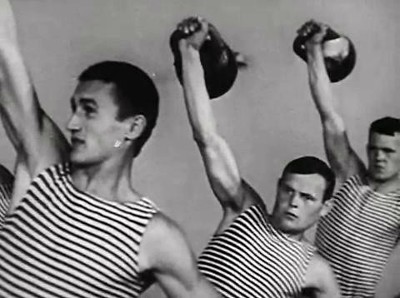 Ironically, there’s no denying that many of today’s athletes and trainers would struggle to keep pace with these soldiers from the 1970s. The Russian paratroopers were strong, conditioned, and well versed in a variety of techniques. 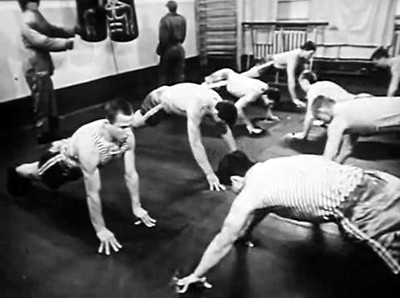 Fortunately, you don’t need an overpriced gym to train similarly to these soldiers. Much of their physical training can be performed with minimal equipment. You might not be able to shoot live ammo in your backyard, but calisthenics can be trained virtually anywhere. There are also countless options for home based pull-up bars

and punching bags. Even kettlebell

prices have dropped in recent years.

Therefore, it is clear that the success of these solders wasn’t based on the equipment they used. The same equipment is widely available in today’s world. Our population isn’t growing heavier by the day due to a lack of equipment. We have access to more equipment than we ever did. Our real problem is a deficiency in effort.

In summary, while the world continues to seek faster and easier ways to get in shape, the experienced know that shortcuts don’t exist. What worked in the past still works today. You don’t need to be a Russian paratrooper to regularly push yourself hard with the basics. All that you really need is the willingness to consistently challenge yourself with a true effort.

As Ray Lewis once said, effort is between you and you. It’s up to you to find it and it’s up to you to apply it. No one can do it for you. Most people don’t need more information about exercise. They just need to apply more effort to what they already know. That’s the hard part.

“Sooner or later, everything old is new again.” – Stephen King