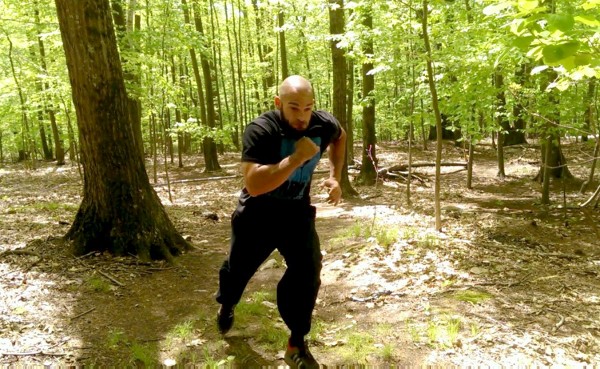 In the video below, Angela Lee Duckworth describes what I consider to be one of the truly integral components to success. And while her discussion is not specific to athletic development, her definition of grit is relevant to athletes from all sports.

“Grit is passion and perseverance for very long term goals.”

She continues to describe the quest for success as a marathon, not a sprint. It is a continuous endeavor that requires years of hard work and consistency, not a few weeks or months of sporadic effort.

So Simple, Yet So True

Discussions regarding athletic development are never far from spiraling off into extremely complex debates. Regrettably, these debates rarely include conversations about simple topics such as one athlete’s desire to outwork anyone in his way. Yet more often than not, it is these intangibles that make the difference between champions and contenders. I’ve seen it play out at all levels. The athletes who are truly determined to outwork the competition will find success more often than not.

With that in mind, the role of a coach certainly extends far beyond the physical. Good coaches get their athletes to do more than they would on their own. They push whatever buttons need to be pushed to get the athlete to become grittier and more determined.

As the legendary Vince Lombardi once said,

“Coaches who can outline plays on a black board are a dime a dozen. The ones who win get inside their player and motivate.”

Some may listen to Angela Lee Duckworth’s presentation and believe that she’s stating the obvious. After all, who would argue against long term passion and perseverance? I’ve written about these exact topics many times myself (ex. here). It isn’t exactly rocket science.

What it is however is excellent advice that many know but few follow. Recognizing the significance of grit can be done instantaneously. You can nod your head countless times as you listen to Angela’s presentation, but that doesn’t mean you’ll be gritty when it counts. True grit requires an investment in time. It doesn’t happen overnight. And for that reason alone, many people will continue to miss out on its potential.

In today’s world of instant gratification, there aren’t many people who are willing to work from failure to failure until they finally reach their desired destination. It’s much easier to quit, lose focus, or try something else. It’s also easier to blame your lack of accomplishment on factors that were outside of your control. For example, I’ve seen bad genes blamed far more often than a lack of effort. No one wants to look in the mirror and admit that they weren’t willing to work as hard as a competitor. That’s a tough pill to swallow.

Therefore, if you are a young athlete, hopefully you will take Angela Lee Duckworth’s presentation to heart. Don’t harp on factors outside of your control, but instead take control of whatever you can.

As Derek Jeter once said,

“There may be people who have more talent than you, but there’s no excuse for anyone to work harder than you do.”

Wake up each day willing to answer the age old question of how bad do you want it. Just remember that the best answer to this question is not written or spoken. It is answered through action, and you’ll need to keep answering it for as long as you wish to succeed.