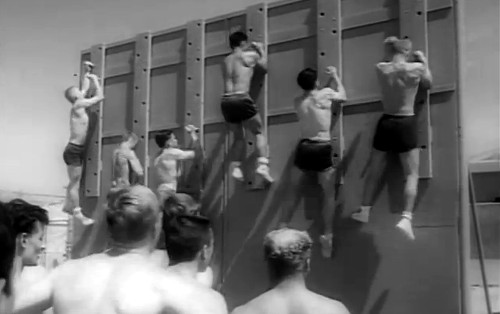 Over the past few days, my Facebook and Twitter feeds have been filled with comments about the video below. If you haven’t seen it before, you’ll find an overview about the former physical education program that existed at the La Sierra High School in California. Those familiar with this site may also recall a previous entry that discussed the same 1960’s program (see here). In that original entry, there were even a few former La Sierra students who shared their thoughts and experiences with the program.

Upon watching the video, there is no denying that La Sierra had an impressive physical education program. With that said, my reaction to the video is different from much of what I’ve observed through social media. Most of the comments that I’ve seen included praise for La Sierra, along with knocks against our nation’s lack of physical education. I don’t argue either of those opinions, but I believe there is more to the story.

As a realist, I doubt that we will ever see La Sierra’s former program implemented throughout the nation. I don’t say this to suggest that physical education shouldn’t receive more attention. I just don’t see it happening on a widespread basis. There are too many roadblocks that exist throughout much of the country. Many school systems are already struggling to meet academic standards while operating under restricted budgets. Hence, as much as I’d love to see widespread change, I wouldn’t anticipate it happening any time soon.

Before you call me a pessimist, I’m not suggesting that we throw in the towel and give up on physical education. I’m actually 100 percent devoted to improving physical education. I’m just not going to sit around and wait for the school systems to improve. Thus, while I fully support change within our schools, I also realize my obligations as a parent. It is my job more than anyone’s to educate my children about living a healthy and active life. My kids may not have a La Sierra gym class, but they certainly know all about exercise and sport. I have promoted that lifestyle since the day they were born.

Unfortunately, many parents today seem to think it is everyone else’s responsibility to raise their children. These parents expect teachers to turn each child into an academic scholar, just as they expect coaches to turn each child into a champion athlete. Yet, when the kids return home from school or practice, they are plopped in front of a television or given mind-numbing electronic devices to play. Education and sport stop abruptly at the door.

As a parent, I want the best for my children. I certainly want them to learn at school, but I also understand my role in their development. Academics and physical education will always continue at home. Therefore, rather than wishing on a star for the La Sierra program to reemerge, I’ll use that time instead to go outside and play with my kids.

Thus, while it would be great to see more physical education in school, there’s no excuse for parents to drop the ball at home. If you care for your children, don’t rant about it in a Facebook comment. Much more will be accomplished by leaving your phone inside while you take your kids outside to play.Â  Not only will their physical fitness improve, you’ll both create memories that will last a lifetime. And best of all, it won’t cost you a dollar. The schools don’t need to pass a new budget for you to run around with your kids. You’ll just need to budget in a little extra time.

Additional information regarding a proposal to revive the La Sierra physical education program can be found at the link below:

“In the long run, we shape our lives, and we shape ourselves. The process never ends until we die. And the choices we make are ultimately our own responsibility.” – Eleanor Roosevelt