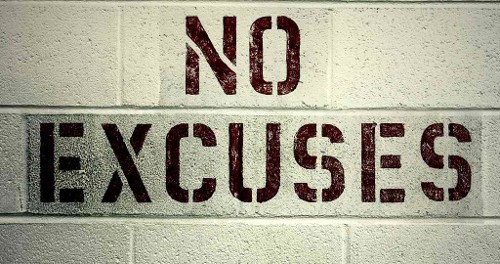 Following the holiday season, many people have ambitious goals as they begin a new year. Unfortunately, most fitness resolutions will eventfully fall by the wayside and become nothing but a distant memory. Although precise percentages are difficult to calculate, there is no denying that the majority of resolutions result in failure. I’m sure we all know someone who starts each year eager to change, only to fall back to their regular habits within a few weeks or months.

Despite the introduction, I am all for resolutions. I have nothing against anyone who is eager to improve. I just don’t believe that we should wait until the new year. I prefer to tackle each day with a resolution mentality. Each day offers the opportunity to improve so I don’t view January 1st differently from any other day.

With that said, certain people may need to work through a resolution before they adopt such a mentality. There is a first step to any journey. Even the most successful person in the world had to start somewhere. Unfortunately, many people start, but few finish. Excuses are easy to find and deter many.

Therefore, one of my goals through this website is to eliminate any excuses that you may have regarding exercise. If you’ve read this site before, you have surely seen me stress the exercise potential that exists anywhere with almost anything. Fortunately, I am not alone in my quest to live and highlight such a lifestyle. I have been lucky to interact with athletes from every corner of the world who subscribe to a similar approach.

One of my favorite examples can be seen below courtesy of a participant from my forum. His chinning strength is beyond impressive.

In many ways, the video above crushes three common excuses that I see throughout the year. First and foremost, it should be obvious that you do not need a gym to train. This man isn’t just strong, he is also creative. As you can see, he has found several ways to perform pull-ups without a formal pull-up bar. When you want something bad enough, you find ways to get it done. Lack of equipment is not an excuse.

Living and training in Finland, this man has also shown that it is rarely too cold to train. He has clearly adapted to the climate and is quite comfortable in his environment. Despite the arctic cold, he leisurely performs pull-ups without a shirt or shoes. And while it’s not necessary to copy his attire, you should at least recognize that the winter season is not an excuse to give up on movement and exercise.

Lastly, those who believe they are too big for calisthenics might want to think again. This man stands over 6 feet tall and weighs over 200 pounds. You’ll also notice that he does not have short, stumpy arms that limit his range of motion. On the contrary, he is actually quite tall with a considerable reach. Any myths regarding the inability of larger athletes performing difficult bodyweight movements should be silenced indefinitely. This man’s physique is everything but ideal for one arm chinning, yet he possesses world class ability for anyone at any size.

In summary, rather than harping on potential excuses, use that time and energy to instead determine your own potential. If you are patient and consistent with your work, results will eventually appear. It doesn’t happen overnight and it isn’t easy, but it is possible. Don’t just take my word for it however, the video above provides a powerful example. And in case you are wondering, the Finnish beast has been training for approximately 20 years. He did not develop his strength overnight. It has been a long journey that he continues to follow each day.

As I’ve said before, nothing worth having is easy to acquire. Rather than wondering how long it will take, think less and do more. Don’t let paralysis by analysis defeat your resolution to change. Instead, keep on grinding and good things are sure to come.