This entry serves as a follow up to the outdoor conditioning video seen below.

After sharing the video, I received several emails from viewers who were surprised to see me working with what they described as basic exercises. For instance, one reader was shocked that I still performed pushups and pull-ups. He was expecting to see more challenging variations. Another reader asked what could be done to intensify sledgehammer swings and hill runs. He continued by stating his assumption that I filmed these basic exercises to provide options for novice spectators.

Unfortunately, his assumption is false. I am not of the opinion that once we progress beyond certain exercises that such movements offer nothing in return. When performed at a brisk pace or when combined with other movements, I still find traditional calisthenics to be challenging and effective. I certainly don’t limit myself to traditional pushups and pull-ups, but I am also not beyond them. Occasionally working with less intense movements has proved useful to me for many years. I am still able to work at a brisk pace and receive conditioning benefits while my body is given a break from heavier, more intense loading. 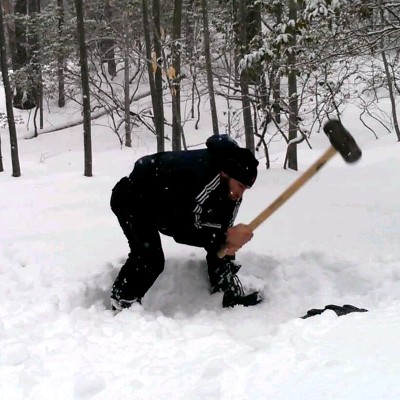 As for the sledgehammer swings and hill runs, these are activities that rarely require elaborate modifications. I have performed both activities for over 20 years and I’m still challenged when I work at a fast pace. This isn’t to say that you can’t include variety on occasion, but there is no need to significantly alter an exercise or drill that is already effective. Sure, you can run faster and longer or swing faster and heavier, but complex modifications are rarely needed.

Regrettably, many modern athletes and trainers shy away from useful exercises because they appear to be too basic. The fallacy is that basic movements must always be modified or intensified. Yet oddly enough, I have never seen anyone who has outgrown heavy sledgehammer swings or continuous hill sprints. These simple exercises have always gotten the best of me and I don’t expect that to ever change.

Perhaps it is necessary to remind certain readers that the relevance of an exercise or routine is not based on visual appeal. Speaking as a trainer, I admit that it isn’t very exciting to watch one of my athletes run up and down a hill. It is naturally more exciting to witness a physical display that captures your attention immediately. For example, if you lift a heavy load from the ground, spectators will instantly take notice. The same could be said of a challenging bodyweight feat. Conversely, if you’re running 400 meter repeats, I wouldn’t expect the same attention unless you are a Michael Johnson clone.

Continuous conditioning activities tend to lack visual appeal. It is not that exciting to watch the same motions performed over and over again. In fact, three of my preferred activities could be categorized as such (i.e. effective, but boring to watch). Sledgehammer swings, hill sprints, and heavy sandbag carries are prime examples. Each is challenging and effective, yet will never attract widespread attention. 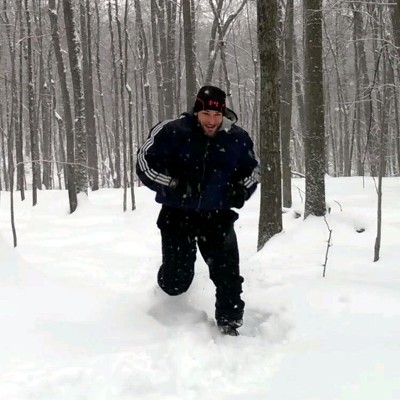 Consequently, I have noticed many athletes whose supplemental training has shifted away from fundamental movements and more towards visually appealing exercises. As a result, their supplemental training is based more on achieving certain exercises as opposed to using exercises to enhance their sport performance. As a result, the work performed does not always reflect the sporting needs of the athlete. The fact that you have progressed to a challenging exercise doesn’t necessarily mean you’ve improved for your sport.

And please note, I am not making these statements to suggest that athletes shouldn’t set challenging goals. I am also not suggesting that the attainment of a challenging feat offers nothing in return. There certainly can be benefits that assist the athlete. I simply remind athletes to focus their attention primarily towards exercises or routines that offer the most in return based on their sporting needs. For instance, a boxer in a 6-week training camp will likely benefit more from hill sprints and sledgehammer swings as opposed to achieving a visually appealing bodyweight feat.

In summary, an athlete’s training is intended to improve his performance when competing. Athletes should seek attention when they perform, not when they train. Often times, it is necessary to work through exercises or drills that lack visual appeal. Don’t confuse the lack of attention for a lack of potential.

You may not attract onlookers by continually running a hill or swinging a sledgehammer, but it is this type of work that will allow you to perform in ways that eventually attract the attention of fans in the crowd. Never assume that you are too good for the basics. A strong foundation that is built from the fundamentals will never outgrow the fundamentals.

“The minute you get away from fundamentals – whether its proper technique, work ethic or mental preparation – the bottom can fall out of your game, your schoolwork, your job, whatever you’re doing.” – Michael Jordan