Unless you live under a rock, you have probably heard that Juan Manuel Marquez knocked out Manny Pacquiao on Saturday night. It was a tremendous fight with plenty of back and forth action. Both men took their share of punishment until Marquez landed the picture perfect right hand.

In case you missed the fight, refer to the link below for a brief replay of the brutal knockout.

As you can see, Marquez perfectly timed an aggressive and lunging Manny Pacquiao. Marquez could not have landed a better punch.

Unfortunately, despite what was a tremendous night for boxing, it didnâ€™t take long for the allegations against Marquez to begin. Manny Pacquiao was hardly off the canvas before critics were alleging that Marquez must have used performance enhancement drugs. 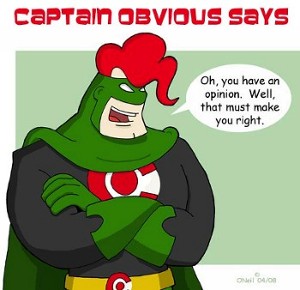 Many of the allegations against Marquez stem from the ripped physique that he displayed at the weigh-ins on Friday. 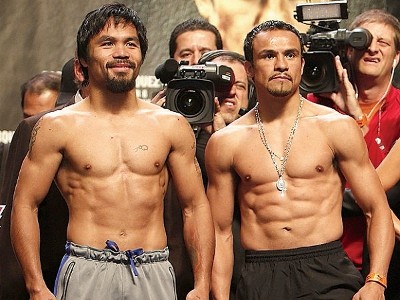 There is no denying that Juan Manuel Marquez came into this fight in great shape, but is it really a surprise? This was his fourth fight against his arch nemesis Manny Pacquiao. In the previous three contests, there was a draw and two controversial decisions. Juan Manuel strongly felt that the judges had robbed him in the previous fights. He was so upset following the third fight that he immediately exited the ring without any post-fight comments.

What was everyone expecting from a world class fighter who was clearly upset about the first three decisions? Was Marquez not expected to prepare himself properly for what was the most significant fight of his career?

Furthermore, as a professional athlete who fights for a living, is his physique really that unique? Juan Manuel isn’t a part time fighter. He is a professional boxer by trade. He is in the gym for hours on end, day after day. Do you really believe that his physique is that unattainable if all you did was train? Have you really not seen similar builds from an Average Joe in a 90 day body transformation contest?

In addition, it’s not as if Juan Manuel Marquez has never been in great shape before. Take a look at a few random images from previous fights. 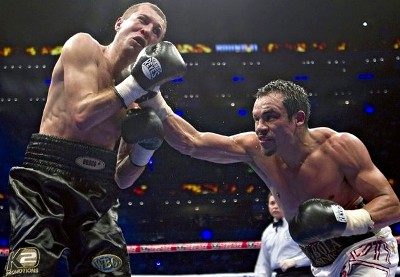 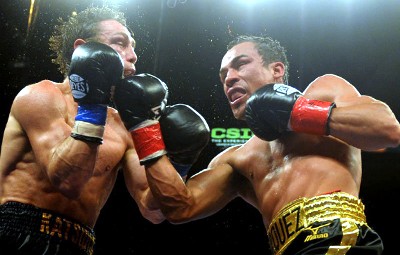 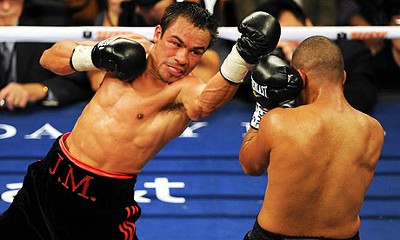 Yeah, but he didn’t look like that when he fought Floyd Mayweather?

Juan Manuel Marquez fought Floyd Mayweather over three years ago. At the time, he had the appearance of an athlete who rushed the weight gain process. His approach to gaining weight was eating lots of food and drinking his own piss. I’m not joking…

Once again though, that was over three years ago. Does anyone really believe that a professional athlete cannot become stronger over three years? Not to mention an athlete who begins lifting weights properly for the first time in his life.

Following Juan’s failed attempt at 142 pounds against Floyd, he took the time to enter the weight class properly. He fought Likar Ramos at 138 pounds. He fought Pacquiao in their third fight at 142 pounds. He then continued to stay active by fighting Serhiy Fedchenko at 140 pounds.

If you watch the knockout again, notice how all of Pacquiao’s weight was coming forward. He literally ran into the punch. Marquez timed him perfectly with all of his weight and power also coming forward to greet Pacquiao by surprise.

As for the notion that the punch was a matter of luck, take a look at Marquez in the gym. As you can see, he trained for that precise moment.

Let’s also not forget that Manny Pacquiao came very close to knocking out Marquez earlier in the fight. If Pacquiao landed a few more clean shots to win by knockout, no one would be alleging that Marquez was dirty. If anything, there would be rumors going around about Pacquiao. Marquez landed a perfect shot however so now the critics believe he must have cheated.

In summary, I wish I didn’t have to write this entry. Unfortunately, there are people out there who do not appreciate the complexity of the sweet science. Perfect counter punches don’t happen by accident. They also do not happen because of illegal drugs. Countering with the accuracy of Juan Manuel Marquez is a highly refined skill that is developed over many years.

Rather than jumping on the allegation bandwagon, why not appreciate a masterpiece when you see it. Punches like that do not land very often. Only truly gifted fighters can stand in the pocket with brutal punches coming in their direction and still find a way to land with such pinpoint accuracy.

Going into this fight, everyone knew that Manny Pacquiao was a special fighter. Well, here’s a news flash for those who didn’t know. Juan Manuel Marquez is special too.