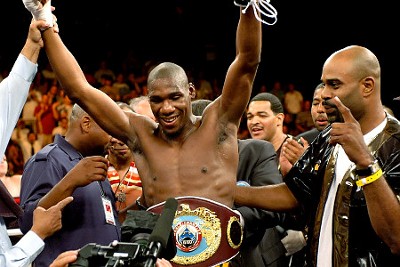 Former world champion boxer Paul Williams was involved in a near tragic motorcycle accident in May that left him paralyzed from the waist down.

Below is a recent interview of Paul where he discusses the accident and his uncertain future.

As you will see within, Paul remains extremely positive and optimistic. Such positivity is amazing considering the circumstances. In a split second, Paul Williams went from preparing to fight Canelo Alvarez in September to wondering if he will ever walk again.

Listening to Paul speak is a powerful reminder that nothing in life is guaranteed. Tomorrow isn’t promised. Live life to the fullest and don’t sweat the small stuff. We all go through up and downs but most of our problems pale in comparison to those such as Paul Williams. If he’s able to remain positive despite his circumstances, we should all be able to do the same.

“I ask not for a lighter burden, but for broader shoulders.”