As Youtube video clips become more and more popular, it appears that there has been a simultaneous increase in self-certified exercise form freaks. It is officially time for the form police to return their crack jack badges. I am calling for a worldwide recall.

Just recently, the following video clip was posted to my forum. Within the clip, you will see an absolute beast (Matt Kroczaleski) perform rows with a three hundred pound dumbbell.

Matt Kroczaleski is an accomplished powerlifter with some incredible lifts. He’s squatted over 1000 pounds, benched over 700, and deadlifted over 800. You can read more about him here.

Most members of the forum were blown away by his strength display. Anyone with any experience in any strength related activity will realize how impressive Kroc’s strength truly is. Unfortunately, it was only a matter of time before the form police came out from hiding.

I had someone email me asking what was so impressive about the video. Rather than offering a written response, I wish I could have instead strapped three hundred pounds to his arm and let him find out for himself. He ridiculed Kroc’s form, and of course had his own suggestions. Such a response is typical from the form police. They almost always include a line such as, “What I would do is…”

Do these people ever stop to think that no one cares what they would do? I don’t mean to sound rude or offensive, but if someone wanted your opinion, I’m sure they would ask for it. I find it particularly amusing when members of the form police hold down other positions such as armchair quarterbacks or 120 pound 15 year olds who struggle to carry in a few bags of groceries.

These self-appointed know-it-alls are quick to offer advice and suggestions on topics that they don’t understand. If knowledge is power (as suggested by Sir Francis Bacon), these people need to buy a generator.

Despite what some might like you to believe, working out isn’t a sport. Unless you compete in a specific lifting event, no one is keeping score. You don’t get judged on how you pick up a piece of iron or how you perform a pull-up. There are times when you need to go for broke. You bite down and use everything that you have to lift the weight or complete the exercise. Yes, there are benefits to this kind of training!

Just for example, did you ever play tug of war as a kid? Did anyone judge how you pulled the rope? Did your parents comment on strict pulling form? Did they offer advice on controlled pulling to maximally target the latissimus dorsi? Of course not! There was only one thing that mattered and that was pulling as hard as you could to ensure your side won. You clenched down and pulled with every ounce of strength that you had. No one had to tell you to do it. It’s just what you do. You naturally wanted to win! 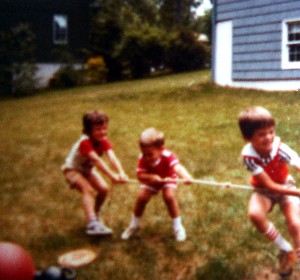 And I still know it now… 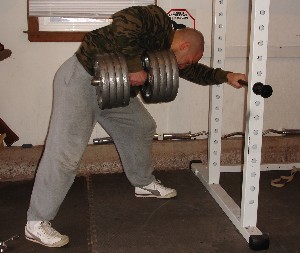 If you’ve never lifted a significant load the way that Kroc demonstrates, how can you comment on potential pros and cons? It doesn’t make sense. I don’t offer advice to NASA on how they should improve their space shuttle design. I don’t know what I’m talking about. My opinion on the subject is about as useful as pissing into a windstorm.

And please don’t misunderstand this entry. I’m not suggesting that we disregard form entirely and seek out ways to injure ourselves. Conversely, we all need to realize that others often do things for specific reasons that we may not realize or understand. For example, in the video below, Kroc discusses his use of the row and how is has benefited him significantly in terms of improving his deadlift:

Clearly, his use of heavy rows has benefited his performance significantly. Whether the resident expert on a fitness message board approves of his form is irrelevant. No one cares. Improved performance is what truly matters to the competitive athlete. The results don’t lie. Kroc’s results speak volumes to the effectiveness of his training.

No one wins an argument on the Internet.

To the former form police officers (who have returned their badges), we don’t hold your past against you. We’ve all made mistakes. I simply encourage you to focus your time and energy on yourself. Worry about your goals and needs, and realize that others are likely doing things for different reasons. There is a good chance that you won’t understand these reasons. You don’t walk in another man’s shoes, so you have no idea why another man does what he does.Â  Whether or not you understand doesn’t matter. Athletes don’t do things in the gym to satisfy the form police. Athletes work in the gym to better themselves for specific events. Competition is specific, and working out isn’t a competition.

Athletes don’t argue with each other on the field or inside the ring. Athletes compete. What you do in the gym is often unknown by all spectators. No one cares. Fans come out to see you compete. Differences are settled not through verbal insults, but instead through live competition.

When it comes to training, the ends often justify the means.